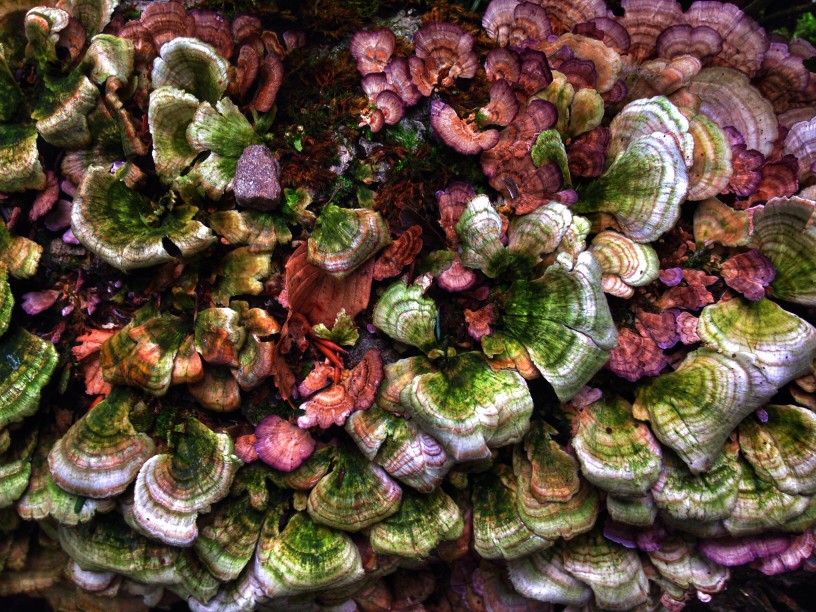 What are the benefits of turkey tail

Turkey tail mushrooms are beautiful, multi-colored fungi that are well known to lovers of functional medicine and functional coffee. Their popularity is due to their powerful health benefits, which may include fighting cancer and reducing the negative side effects of chemotherapy.*

In this article, we discuss the history and health properties of this incredible fungus, the potential side effects, and how best to consume it.

The turkey tail mushroom – also known by its scientific names Trametes versicolor and Coriolus versicolor – grows on stumps and fallen trees in wooded areas. It can be found across multiple continents, including the United States and Asia. In fact, you’ll be able to find this fungus in just about any forest around the world.

Its proliferance accounts for how it appears in the functional medicine of many different cultures, including that of the Chinese. Practitioners of traditional Chinese medicine have long used turkey tail mushrooms to treat respiratory ailments.

Below is a list of the known health benefits of turkey tail mushrooms.

According to scientific studies, turkey tail mushrooms contain a compound called polysaccharopeptide (PSP). This compound stimulates the immune system, thereby boosting its ability to fight off cancer and disease.

In addition to PSP, turkey tail mushrooms also contain a compound called polysaccharide-K (PSK). PSK has been shown in various studies and reviews to inhibit the growth of several different types of cancer cells, including breast and colon cancers. In Japan, this compound is approved as an adjuvant cancer treatment.

Turkey tail mushrooms promote gut health by acting as a prebiotic and feeding healthy bacteria in the intestines. They are also a good source of fiber, which aids digestion.

Another component of turkey tail mushrooms called protein-bound beta-glucan (PBG) has been shown to prevent obesity. The studies on this benefit are limited to mice so far, but they show promise for humans, as well.

Turkey tail mushrooms do not produce any severe side effects (although people who are allergic to this type of mushroom should, naturally, avoid it). People who consume it could experience mild side effects such as the following:

If you have any underlying health conditions, such as an autoimmune disease, we recommend consulting with your doctor before incorporating turkey tail into your functional health regimen.

How to consume turkey tail mushrooms

Turkey tail mushrooms are available as teas, powders, and whole, as well as in mushroom coffee. Incorporating this fungus into your coffee is a wonderful way to promote healing and wellbeing within your body.